Holiday Advice: Be Thankful for Food

During the holiday season, we have the wonderful tradition of Thanksgiving, Christmas, Hanukah, Kwanzaa, and others that bring families and friends together at the dinner table.

This is also the time of year when I continue my work in schools as part of the nonprofit, Nurture. I’m excited to visit classrooms to provide nutrition education in a fun, hands-on way.

One of the lessons I teach to younger Elementary classrooms (second and third grade is a sweet spot, especially when they are already studying the discovery of America by Christopher Columbus in 1492) is called “Thankful for Food”. Adding to education around Thanksgiving with a little insight about what the food was actually like during that time is something that can really capture the attention of young “foodies” (and most kids love food).

I love working with kids because a positive approach can go a long way in getting kids to try new foods.  I’ve been called the “picky eater whisperer” on a few major TV networks including CBS and FOX.

Some of the things I cover (and I invite you to share with the children in your own life) are:

A bit of background about the first Thanksgiving celebration

The first Thanksgiving dates back to November 1621, when the Pilgrims’ first corn harvest proved successful.  In attendance were a small group of pilgrims (about 50) and about twice as many Native Americans, including the Wampanoag chief Massasoit. The festival lasted for three days!   The first Thanksgiving was held in the Pilgrim colony of Plymouth, which was also referred to as “New Plymouth” given that it was named after Plymouth in England.  This town was located in Massachusetts but is a different location from where the first landing of the Mayflower occurred (on what is now called Cape Cod).

No record exists as to what was actually eaten at the first Thanksgiving, but we can guess based on climate and geography. Certainly, the Pilgrims and Native Americans were not able to run out to the supermarket to pick up cooking and baking staples or pre-made dishes!  Here is a guess at the menu by “the science guy”:

Doesn’t really sound like the turkey, gravy, and mashed potatoes that fill our Thanksgiving plates today!

Remind your kids that the following are some of the things that the pilgrims and Native Americans did NOT enjoy as part of their Thanksgiving:

•   Cranberries- these were cultivated at a later time

•   Sweet Desserts– no pumpkin pie!  The pilgrims did not have ovens, and their supply of sugar from the Mayflower had dwindled by the Fall of 1621.  So they made do with the sweetness of the fruits and vegetables they could find.

Ask your kids what they would not like to do without.  What about their favorite dish at Thanksgiving…how likely would that have been on the menu in 1621?  Remind them to be thankful for all that they have!

It is important for kids to understand that what the pilgrims and Native Americans ate was not only based on technology (do we have an oven or not), but also on climate and geography.  Remind your kids that the growing region of the first Thanksgiving is the Northeast Region of the United States.  Have your kids brainstorm about the things that would grow there/be found there.  The list of foods eaten at the first Thanksgiving, shown above, is your answer sheet.  What kinds of foods would you really NOT expect to see at a food festival in the 1600s in the Northeast part of the United States?

Hint:  Anything tropical!  Can you guess why?

Today, our supermarkets provide us with food from all seasons and climates around the world.  However, there is a greater cost for this food beyond the prices we pay at the checkout line.  Food can often travel thousands of miles from source to our plates, creating a great deal of pollution in the process.  Buying foods from local sources avoids this environmental cost.  Talk with your kids about the advantages to eating locally.  Here are some ideas to get you started:

•   Provides support for our local farmers

•   Gives you fresher (and better-tasting) foods!

Now, have your kids think about the region that they live in. What kinds of foods are grown locally and available during the Thanksgiving season?  Have them brainstorm about a Thanksgiving menu based on local fare.  Post your menus under the comments section –It will be great to share ideas on how we can all be more thankful!

A holiday tradition that we love to follow in our house is to make a donation to a cause we care about on Thanksgiving.  If you care about healthy food for all, please consider making a donation to Nurture.

Happy Thanksgiving to all! 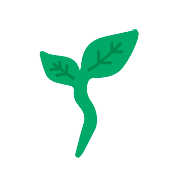