Scott is mission-driven to make the world a better place by inspiring change through the power of the bicycle. After growing up in the Boston suburbs, and spending his college years at the University of Vermont (BS in Business Administration), he followed his passion for an outdoor adventure to Jackson Hole, WY and subsequently to his current home in Teton Valley, Idaho where he lives with his wife and 7-year-old son.

Living in the Tetons for 20 years has lead to ever-growing passions for community development, environmental stewardship, and entrepreneurship. In 2002 Scott and his wife Jannine started their Top 100 US bicycle shop, Fitzgerald’s Bicycles, which they ran for 14 years. Scott has also served as City Councilor and Mayor of Victor, ID, and founding board member of the local non-profits Teton Freedom Riders, Victor Velo, and Mountain Bike the Tetons. See more about Scott and the Peggy Pegs Campaign below.

Here are the five fun nuggets from the interview:
#1:  Books can be a great venue through which to channel your desire for advocacy
#2: Being an author establishes you as a thought leader
#3: The book creation process can bring a family together
#4: When you have a project that is for the higher good, the universe will provide open doors
#5: Focus on progress over perfection

More about Scott and the Peggy Pegs Campaign

While running their bike shop, Scott and Jannine saw first hand the positive impact bicycles were having on their customers, and a light turned on. So, in 2015 they decided to sell the shop to focus full time on getting more people on bikes nationally and eventually globally. Their big idea was to launch a children’s media company, Buddy Pegs, that inspires kids (and the adults who love them) to develop the building blocks of lifelong success and happiness through the power of the bicycle.
Their first product to market is the hardcover, illustrated children’s book, B is for Bicycles, self-published in 2015. B is for Bicycle focuses on the benefits of the cycling lifestyle: health, freedom, independence, self-reliance, self-confidence, and environmental stewardship. The early childhood alphabet book features dogs and other animals as the main characters, making the stories kid-friendly, engaging, and a fun read for all ages.

This June, Scott and Jannine are launching their upcoming second illustrated children’s book again through Kickstarter. In this book, the loveable, bike riding, animal characters from B Is For Bicycles go on to open a local bike shop called Buddy Pegs, in the fictional town of Spokesville. The story highlights the inspiration and motivation that can arise from the simple pleasure of riding a bike as well as the grit, determination, and assistance from their community that is needed to open a local business.

In addition to the book launch, The Fitzgerald’s have also launched a children’s podcast called The World of Buddy Pegs which features original content audio stories, also about the bike shop and the bike riding animals who reside in Spokesville.

Scott knows that competing for families’ attention against big Hollywood movies and blockbuster budgets is a challenging task, but for the sake of their son Braden he says “we couldn’t just roll over and accept that media would shape our son while we sat on the sidelines.”

Want to learn how to publish a book profitably?
Get the important facts about the publishing industry today (traditional, self and hybrid publishing) and how you can plan a fun and profitable book publishing process.
Please check out this FREE Make Publishing Fun Course on teachable! 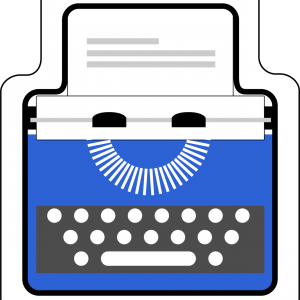