Thoughts on the Map of Consciousness 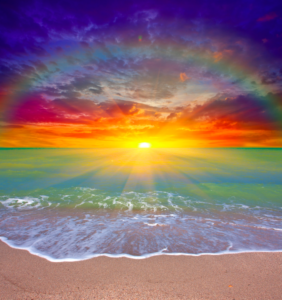 At my recent talk at the Sun Valley Wellness Festival, there were questions from the audience about how to handle “negative” emotions such as shame, fear, and anger.

We launched into a discussion about Dr. David Hawkins’ Map of Consciousness.

In this post, I share an except from Mountain Mantras that leads into an explanation of Map of Consciousness.

As you’ll see below, Love is 400 points above fear on the map of consciousness, well beyond the tipping point at which emotions start to help instead of hurt you (at 200).

When you are in a place of love, you are not only able to be stronger in your endeavors, you are also attracting other positive people, ideas, and beliefs.

This higher emotion of love is in direct contrast to being in a state of fear, when you are weaker and attract negative people, ideas, and beliefs.

(From Mantra #6: Throw Yourself Down the Mountain)
Commit to Facing Fear

Throwing yourself down the mountain means staying forward on your skis. Staying forward can often mean getting out of your comfort zone. When we get in situations that we feel are extremely challenging, our natural reflex is to recoil and protect. On skis, that protective reflex means getting your weight into the backseat (i.e., your butt), which can set you up for a crash. Why? Because when your weight is on the tails of your skis, you are simply propelled faster as you speed further out of balance. You eventually will fall or run into something if you sit in the backseat.

In business and life, getting out of your comfort zone is critical to success. One of the things that people fear most is public speaking, and I have had to do my share of it in my role as the executive director at Nurture. Speaking to inform and entertain is one thing, but giving a talk to ask for large sums of money to ensure the sustainability of the organization is another. The stakes are high. The pressure is intense. Few people like being asked for money; and even fewer enjoy asking. I was thinking about an upcoming presentation that I had for a large grant, and I decided to ask my kids what they thought.

“Be prepared,” the always-organized and mature Elena said.

Good point. That kid has got her head on straight, I thought. But I was prepared! What am I so afraid of? I just didn’t feel ready.

“You really love what you do, don’t you, Mom?” asked Alexander.

A profound yes would be the answer to that question. At Nurture, I help kids and parents live healthier and happier lives through our education programs. I teach and direct classes, follow up on program results and work on strategy—all things I love to do. The job is flexible and allows me to be the best version of myself. I always love hearing how we’ve changed peoples’ lives for the better.

“Focus on the love,” Alexander continued. “The last time I was really, really scared was right before the pond skim at Dollar Dayz. Love got me through.”

The pond skim is the end-of-the-ski-season celebration at Dollar Mountain, the same mountain where I had learned to ski with those little booger-laden four-year-olds. Since that time, the Sun Valley Company completely transformed the place, building a beautiful lodge and adding all kinds of cool features to the ski mountain, including terrain parks, major jumps, and an Olympic-sized half pipe. The entire town gathers there on the last day of the season to celebrate our amazing ski town. The highlight of the event is a pond skim, where people tuck their bodies low on their skis and speed down the lower half of the mountain, trying to make it across a pond of icy water at the bottom of the hill. Participants in costume get a discounted entry fee, so everyone is decked out in fun and outrageous outfits, all certain to get soaked. The event involves great bravery, especially considering the highly visible line of ambulances and ski patrol, ready with stretchers and snorkels.

“I was at the very start of the run, and I felt the butterflies go crazy in my stomach. I almost wanted to turn back,” Alexander recounted.

As his mother, I was also extremely nervous before he started his descent. I remember looking for him from the bottom of the hill, with butterflies raging in my own stomach. As I spotted him in his bright superman cape, I thought to myself, “Is he really going to do this?”

Alexander continued his recollection: “Right before I almost backed out, I thought to myself, ‘Wait! I love skiing. And I love going super fast and doing tricks. This is my thing!’”

So Alexander took off from the top of the hill with a huge smile on his face. He sped down the mountain and across and into the pond. He didn’t make it all the way across that first year, but he emerged soaking wet, grinning, and proud of himself, full of love for the sport.

He has gone back year after year, perfecting his technique. This past year, his costume (a sort of creepy-looking Blue Man Group suit) stayed dry as he whisked across like a pro.

Now, whenever I have to give a presentation that might scare me, I think about Alexander on his first run on Dollar Dayz.

The idea of connecting with love when you are afraid seemed intuitive to my son, but it is not yet a widely used tool in the business world or for most people in their daily endeavors. Dr. David Hawkins contends in his groundbreaking book Power vs. Force that more than 85 percent of humans calibrate below a positive level on his map of consciousness. Let me define my understanding of what Hawkins’ map of consciousness is. I will warn you that I’m going into woo-woo territory (again), but I really like how his work sends the message that we need to move out of shame, apathy, and fear and into courage, joy, and love to experience the best in life.

Hawkins used calibration of neuromuscular testing (often called applied kinesiology) on thousands of people until he came up with a scale that mapped the spectrum of emotions, from those that make us the weakest to those that make us the strongest. His map of consciousness ranges from a low of 20 (shame) to a high of 1,000 (enlightenment). To give you a sense of the ends of the spectrum, 20 is near self-destruction and 700 to 1,000 is where folks like Jesus, Krishna, and Buddha register.

Now, let’s take a look at the difference between love and fear.

Love is 400 points above fear on the map of consciousness, well beyond the tipping point at which emotions start to help instead of hurt you (at 200). When you are in a place of love, you are not only able to be stronger in your endeavors, you are also attracting other positive people, ideas, and beliefs. This higher emotion of love is in direct contrast to being in a state of fear, when you are weaker and attract negative people, ideas, and beliefs. No wonder Alexander has made it safely and triumphantly through several years of pond skims. He is starting from a place of love. And when I received that large grant that contributed greatly to the sustainability of Nurture, I knew that it was love that had made me strong.

Transform fear into love
feel your strength rise above