Will you Pass this Ingredient Spelling Test? 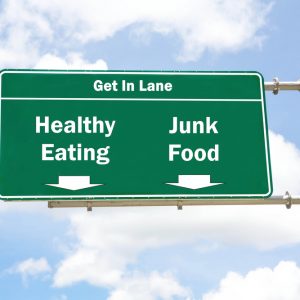 Which lane will you choose?

To help you decide, would you like to play a game?  I love games!

The first is called “Name That Food”.

Here are the rules for “NAME THAT FOOD”

1. There are ingredients lists for two Mystery Foods below.
2. Read the ingredients and see if you can name the food that is being described
3. If you don't know the food easily and clearly, I don't recommend eating it.

1. Gather your spelling test words.  I've supplied a starter list of difficult words to spell. Read on about Food Additives, and I'm sure you'll get a few more ideas.

2. Add easy to spell words like “apple, grapes, or eggs”.

3. Gather your contestants (this is to test others, like your kids). Announce that you are going to play a game. The dinner table is a great location for this game.

I am not a biochemist, but I am the daughter of one. To get some summary information about food additives, I turned to CSPI.  (Credit:  The Center for Science in the Public Interest).

Here are the food colorings rated “everyone should avoid”:

On the food coloring topic, a study conducted in 2004 at the University of Southampton in England looked at the behaviors of 277 children ages 3-4 years old.  Over a series of weeks, the kids were given either a fruit drink or a drink made with artificial colors and flavors that tasted exactly the same.  The kids didn’t know which drink they were given.  The kids with the artificial drink were observed as being more hyperactive than those that were given the fruit juice.  Weird, isn’t it?  “We assume that because these things do not make us drop dead, they’re safe,” says Dr. Vyvyan Howard, a leading expert on toxic substances at the University of Liverpool in England.  “It’s not true.  In my opinion, I would recommend that kids just stay away from them.”

How to Get Kids to Eat Real

If you were to ask most kids, “Would you like to have some dead bugs with your meal?”, most would say no.  But that is exactly what kids are getting, in the form of cochineal extract (also known as carmine or carminic acid), in some foods with a pink, red or purple color.  The female Dactylopius coccus costa, small bugs that harvested mainly in Peru and the Canary Islands, eat pink cactus pads, so the color pink gathers in her body and in her eggs. Once harvested, dried, and ground, they make their way into things like yogurt, frozen fruit bars, fruit fillings, and wanna-be fruit juice.  Doesn’t that sound great?  If you were to ask your Grandmother what carmine or carminic acid was, she would have no idea.  She probably wouldn’t even want to try to spell it.  Good things to think about… would grandma recognize this food?  Could she (or I) spell it easily?  If not, maybe it’s not the best thing to eat!  In this case, Grandma would be right, because carmine can cause allergic reactions in some people.  Other reactions to food coloring include hyperactivity, headaches, rashes, and an increased risk of asthma.  Some food colorings (for example, Tartrazine for the yellow color) have been banned in European countries but are still being used by food companies in the U.S. 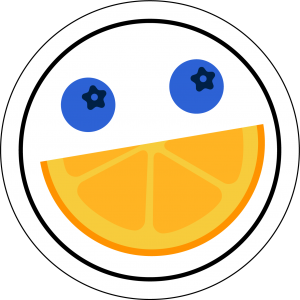